Seems that Matt has beaten me here with my username.

Greetings all!  I'm a newb when it comes to X-wing miniatures...well a newb to most miniature games out there.  I've played once with Matt last Friday and had a blast.  Granted I did kill Katarn so that helped a lot.

I'll go through my imp ships and choose an elite pilot shortly.

Can't wait to meet you all! 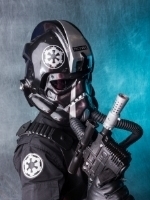 PhantomRescue wrote:Did Duaner mention which faction he was thinking about? Also wondering if I need anything to try this out? Not sure who has what, would like a small xwing and ywing squadron with maybe a headhunter or a special pilot. Point me in the right direction to figure this out.

Trist? Is Darren up for playing some more of this? Did you hook another player?

i'll stay imp then so its 3/3/2, i just figured twinlinked and JO don't have a lot of fridays free so it would be better to have a few more regular people play as rebels.

Cool! I have a starter set, two headhunters and a Y-Wing. 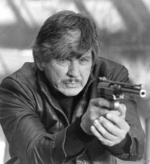 PhantomRescue wrote:Cool! I have a starter set, two headhunters and a Y-Wing.

I'll snag those two ties off ya if you want to unload them and focus on Reps....let me know.

I can't do every Friday but surely some people can game on non-Fridays (gasp, heresy I know!)

Hey I played at FdB vs Wildcard last week even!

What we are going to do now that the teams have settled a little more and I think we have everyone who wants to play in, we will do blind attacks on fridays, people who can't make it out friday can message me the system they want to attack for the week (that way I can't just say im going to attack after i see what everyone else says they are going to attack if we do it all online).

I'm going to post a picture of the map so that everyone has access to it and i'll update it in the other thread so people can see who has what and you can message me what you want to attack. So if people who cant make it out on the friday can message me either on the friday or saturday, then you have till the end of next FNF to get in your game if there is one.

This system may not work all the time if someone attacks someone and they can't arrange the games within that week, the rules of the campaign say that the one who can't make it loses the game, there by giving up the system but they don't lose anything else.

I put PhantomRescue as scum villainy to keep the teams even, he can run some Z-95s and y-wings, maybe steal some X-wings or buy them from a rebel player.

My headhunters and y are rebel ones though. Does that matter? Maybe visit the tower before heading to Brett's?

It doesnt matter at all, unless you are aa weirdo like me who paints their up in that Sandcrawler rust style

Just borrow the Scum cards, as they are pretty good upgrades not available to the Reb's and Imps... "If the Empire makes this weapon illegal, then it MUST BE AWESOME!" or some such

i can throw you under alliance, it doesn't really matter. If your coming out tonight we can figure everything out, seems like most people will be there tonight.

link to the google doc spread sheet i made for tracking your roster.

[You must be registered and logged in to see this link.]

Welp.. after a good solid victory over the imperials nea r the derelict transport... I got whupped and lost my new commander to an asteroid damage after being ionned and drifting into it. He then was killed. So now I have " killed off" two named characters. My three kill rookie pilot also did not survive.....

Matt Varnish wrote:Welp.. after a good solid victory over the imperials nea r the derelict transport... I got whupped and lost my new commander to an asteroid damage after being ionned and drifting into it.  He then was killed.  So now I have " killed off"  two named characters.   My three kill rookie pilot also did not survive.....

Also, Chris don't forget I have Chewbacca as an upgrade on my YT-1300.

i moved all the unique characters to the maps thread. What was the name of the 2nd character you killed?